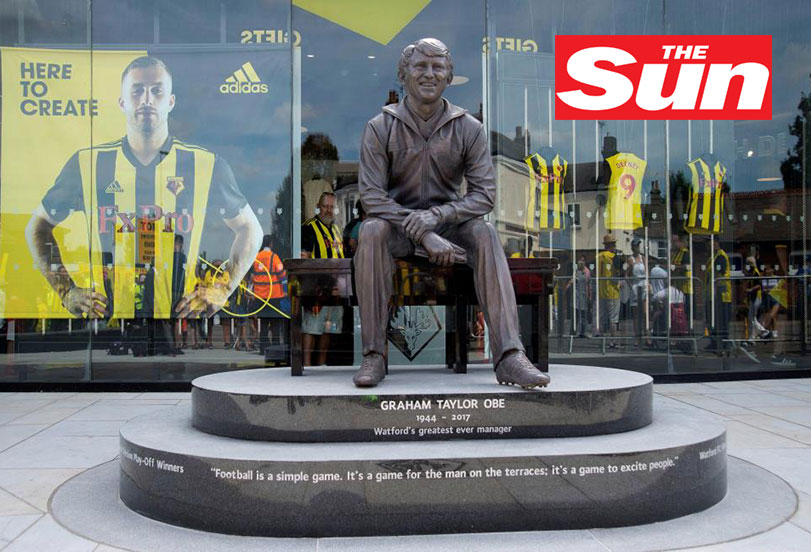 GRAHAM TAYLOR’S mark on Watford is cemented after a statue of the former boss was unveiled at Vicarage Road.

Hornets chairman and CEO Scott Duxbury unveiled the tribute outside the club’s megastore ahead of their final pre-season game. Taylor, twice manager at Vicarage Road, passed away in January 2017 after suffering a heart attack. Duxbury said: “Today is about a statue to honour Watford’s greatest ever manager but for all of us the statue is so much more. It’s to ensure and acknowledge whilst we’ve loss a friend, he will never be forgotten.”