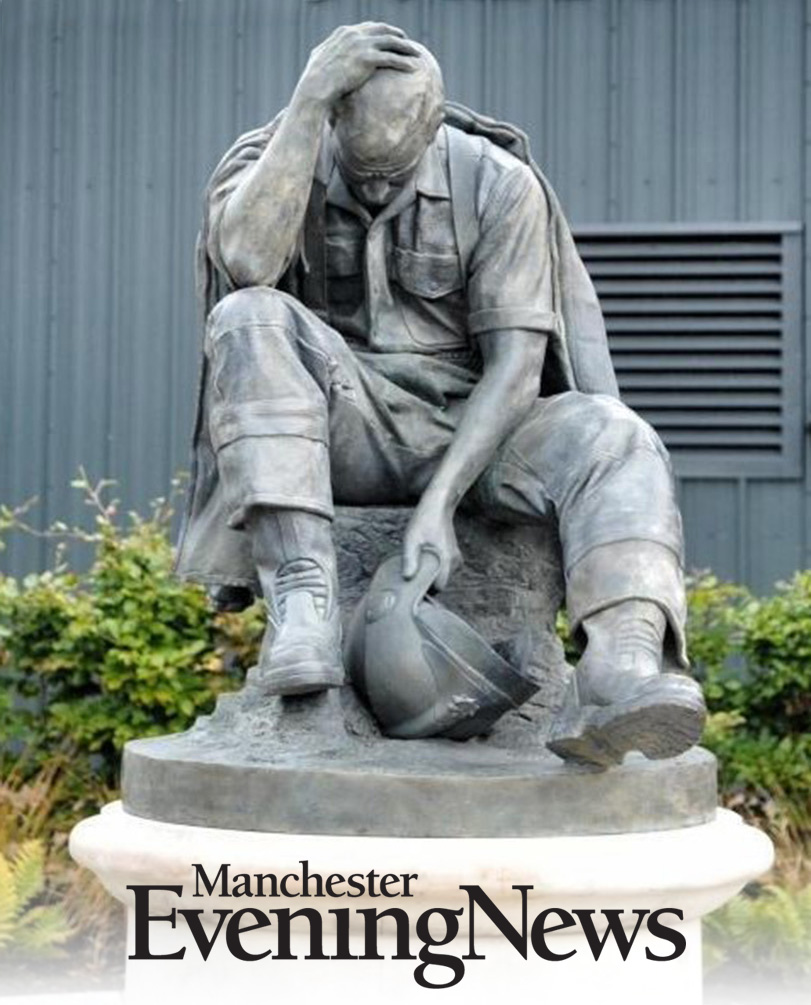 “The bronze statue will be a tribute to all those firefighters who died in action serving the Greater Manchester brigade.

It will be installed at the entrance to a new training centre in Bury which will open later this year.

It has been created by London-based sculptor Douglas Jennings, who also created a widely acclaimed figure of President Barack Obama.

Douglas Jennings is a leading figurative sculptor based in the UK. His creations can be seen worldwide from The Royal Collection at Buckingham Palace to high profile public commissions. Douglas is also the main sculptor for Turner Prize winning artist Gillian Wearing.”